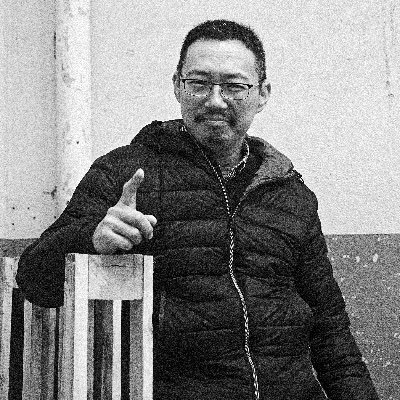 I specifically made JOSÉ as an art-house style film, in Spanish, grounded in the social, political and cultural context of Guatemala, where the story is set and it was shot. I paired my “realist” visual language and aesthetics with an all Guatemalan cast and crew. I chose to fund the project from my own pocket in order to work quickly (film funds take time, and “friends” that I don’t have) and to maintain artistic control. With a story that really grabbed peoples’ hearts and minds we easily attracted world-class artists willing to work within our budget. I feel an affinity especially with the Italian neorealists and Taiwanese filmmaker Hou Hsiao-Hsien, since, like them, I want to work in the heat of the crisis and participate in the moments of change. JOSÉ is about family, work, struggle, love and loss – and finally it’s about one man’s search for “self” and the search for Guatemala’s future.

JOSÉ is really a page ripped from today’s news headlines. The crises of young people, single mothers and dark-skinned peoples in Guatemala frames the film’s story. Guatemala has become an increasingly violent and dangerous place, where more than half the people live in poverty. Indeed most of the children separated from their parents and locked in dog-like cages in Texas (shocking people around the world) are Guatemalan, not Mexican, as is often claimed.

I’m intrigued by Latino culture: the structure of the family and especially the close relationships between mothers and sons, brothers, and cousins. With a society centered on traditional morality, it is all surprisingly similar to Asia and familiar to me having grown up in China. Yet there is closeness, passion and romance that somehow co-exist with extreme machismo, violence, corruption and religious fervor.

One thing that I learned firsthand in Latin America is that the region’s films and television are misleading since they usually feature white, middle and upper class people, with stories set in idyllic places. And yet the absolute majority of people are urbanized, poor, and dark-skinned (in Guatemala about 40% are pure Mayan and another 40% mestizo or mixed). I wanted to address this imbalance, and I wanted to speak especially about the honest emotions and struggles and hopes and dreams of young working-class people in Latin American cities, for they are the majority and the future.

We performed extensive onsite research and hundreds of interviews in 12 Latin American countries before deciding to set our story in Guatemala. It is the largest country in Central America (a region long overlooked internationally), the population is growing fast, and half are under the age of 19, hence the character of José in the film is 19-years old. It is a country of extreme climates and dramatic landscapes and diversity, a land of volcanoes and the constant threat of earthquakes. It is also rife with political corruption and inequality, and at the same time it’s a very religious country with evangelical churches and Catholics openly competing. Furthermore, the 35-year civil war, though officially ended in 1996, left violence normalized: it’s the second most dangerous country in the world, with some of the highest rates of violence against women and child murder in the world.

JOSÉ is the story of one young man’s trying to come to terms with being gay amidst this challenging situation. The research interviews we did gave dramatic voice to this tough reality: a young gay man was threatened with a knife at his neck by his own mother after she found out that he is gay; another was physically beaten and severely injured by his mother for the same reason; a mother cursed her 17-year old son – “you will never know what true love is” – after he came out as gay to her.

We also found that in Guatemala, as in much of the world, the phone dating and hook-up apps heavily influence the younger generation. It is easy to find somebody online and arrange to have sex. The ease and randomness of this undermines any sort of lasting and caring relationship. An interviewee said, “Guys want me to sleep over, but who is going to take care of me when I am in the shit? My mom! Of course I don’t want any sort of relationship.” I asked my actors, “Who would you choose if you had to, your lover or your mom?” Everybody answered, “Of course my mom!”

In our interviews we learned that most families are headed by single mothers. Conversely, heterosexual men are the “top class” and do as they please. They are raised with more love and attention than their sisters and are spoiled and taught that they are entitled. Machismo encourages them to have multiple relationships and even multiple families, and the more you have the more respect you receive. Even prostitution is well protected by the officials for their advantage. One of our film locations, “the Line”, is a famous street of female prostitutes who openly offer themselves at the doors of a long line of tiny rooms ready to fill these men’s desires.

What about all the young gay men who don’t fit in, who make only 5 dollars per day, with 2 to 3 hour commutes just to get to work, and never even knew a father? How are they going to make a life for themselves in Guatemala? As one interviewee said, “to find a love here is an impossible dream” – this is what JOSÉ is about.

With the fervent anti-Latin American sentiment in the United States and anti-immigrant views in general, we felt a great responsibility to leave the country to live and work from the “outside.” We wanted to better understand what these dynamics were all about and to use the power of film to tell stories from the “edges,” the most revealing location to us. In 2016 I sold my apartment and moved to Guatemala with my producing and writing partner George F. Roberson. Every day we visited and researched a new place. In 2017, we started to get in touch with the Guatemalan film industry to assemble a local crew. There were many tough days. For example, once we were told, “It is impossible to make this movie here – no actors will kiss another man on screen.” Yet as we built up our team and word spread about the project, interest in the film was overwhelming, with 600+ people attending castings from all over the country. Young people want things to change and open up and they put their hopes in JOSÉ.

José is now available to rent at the Michigan Theater

Join us for a very special Q&A with filmmaker and director Li Cheng and lead actor Enrique Salanic to discuss their film José. Click here to register.